New Technologies in Finance: Opportunities and Challenges for Asia 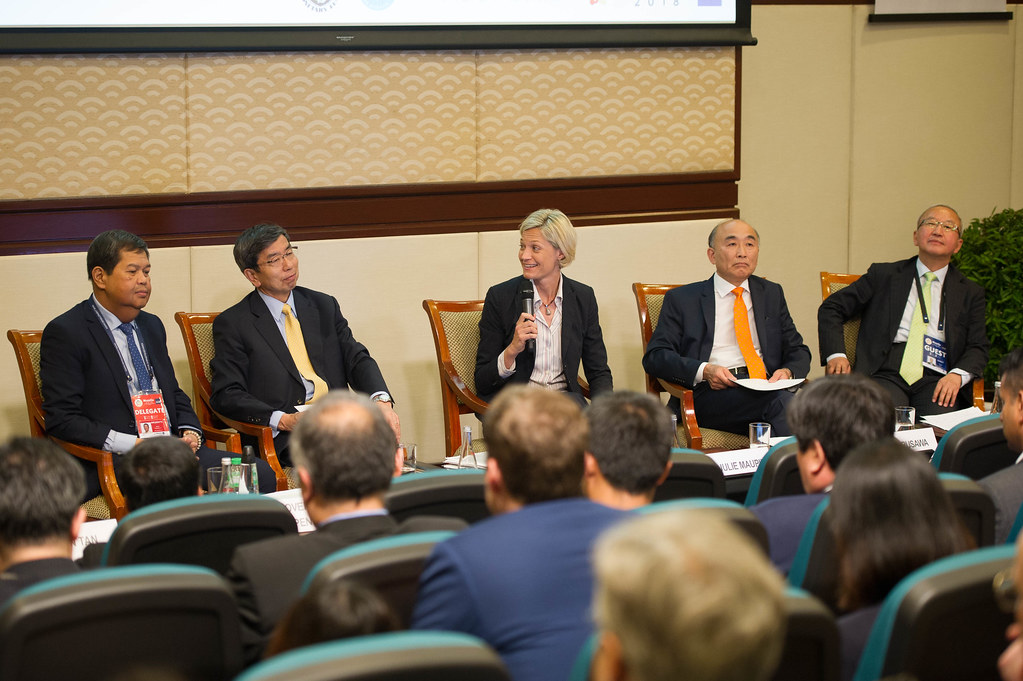 While cryptocurrencies like Bitcoin get much of the attention in the press, the technologies underlying them could have important broader applications in meeting the region’s financial sector development challenges. Seminar participants also agreed that new technologies hold promise for bringing financial services to poorer communities and for overcoming the difficulty of obtaining the collateral needed to access formal credit markets.

Panelists noted the wariness of regulators when it comes to the unknown implications of technologies that are still being tested. The discussion stressed the need for an environment that fosters innovation and closely monitors them, such as the “test and learn” approach that the BSP has taken. “Governments in the region can improve financial inclusion by broadening access to basic digital infrastructure and providing an enabling environment for innovators and entrepreneurs,” Mr. Nakao summarized. “Policymakers should also consider ways to improve regulations, including protecting consumers against cybercrimes and fraud, while striking the right balance between innovation and financial stability.”

Mr. Nestor A. Espenilla, Jr. is the governor of the Bangko Sentral ng Pilipinas (BSP). He took office as the fourth governor of the BSP on 3 July 2017. As BSP governor, he serves as chair of the Monetary Board, the BSP’s principal policy-setting body. He is concurrently chair of the Anti-Money Laundering Council and the Financial Stability Coordination Council. Mr. Espenilla holds a bachelor of science degree in business economics (magna cum laude) and an MBA from the University of the Philippines, and a master of science degree in policy science from the Graduate Institute of Policy Science in Tokyo, Japan.

Mr. Furusawa joined the IMF after a distinguished career in the Japanese government, including several senior positions in the Ministry of Finance in recent years. He served as special advisor to Japanese Prime Minister and special advisor to the minister of finance before joining the IMF. His overseas postings for the Japanese government have included IMF executive director, minister (finance) at the Embassy of Japan in the United States, and counselor (finance) at the Embassy of Japan in France.

Mr. Oh-Seok Hyun is currently the chair professor of the Korea National Diplomatic Academy. He is a member of the International Advisory Panel of the Asian Infrastructure Investment Bank and a member of the Board of Directors of the Korean Economic Institute of America. He served as the deputy prime minister and minister of strategy and finance of the Republic of Korea. He was also the president of the Korea Development Institute, Korea’s leading think tank. He received his PhD in economics from the University of Pennsylvania.

Julie Maupin is director of social impact and public regulatory affairs, IOTA Foundation, and a senior fellow with the Centre for International Governance Innovation. She leads a collaborative project to identify effective governance models and regulatory approaches to emerging blockchain and other distributed ledger technologies, such as cryptocurrencies and smart contracts. Julie advises the German Ministry of Finance on fintech matters and sits on the board of the IOTA Foundation. She graduated juris doctor and MA economics from Yale, and obtained her PhD in international studies from the Graduate Institute for International and Development Studies in Geneva.

Dawn Tan co-hosts Singapore Tonight, Channel NewsAsia’s flagship primetime local news programme, and Money Mind, a weekly feature on personal finance. Her media career began when she started London’s first free bilingual magazine as editor during her university years along with her friends. She has more than 18 years’ experience as a writer, and worked for Euromoney in Britain, before returning to Singapore to join The Business Times at Singapore Press Holdings. An accomplished writer with nine published titles, she has interviewed notable personalities in politics and the arts.