Breaking Barriers: Women Entrepreneurs in Asia and the Pacific 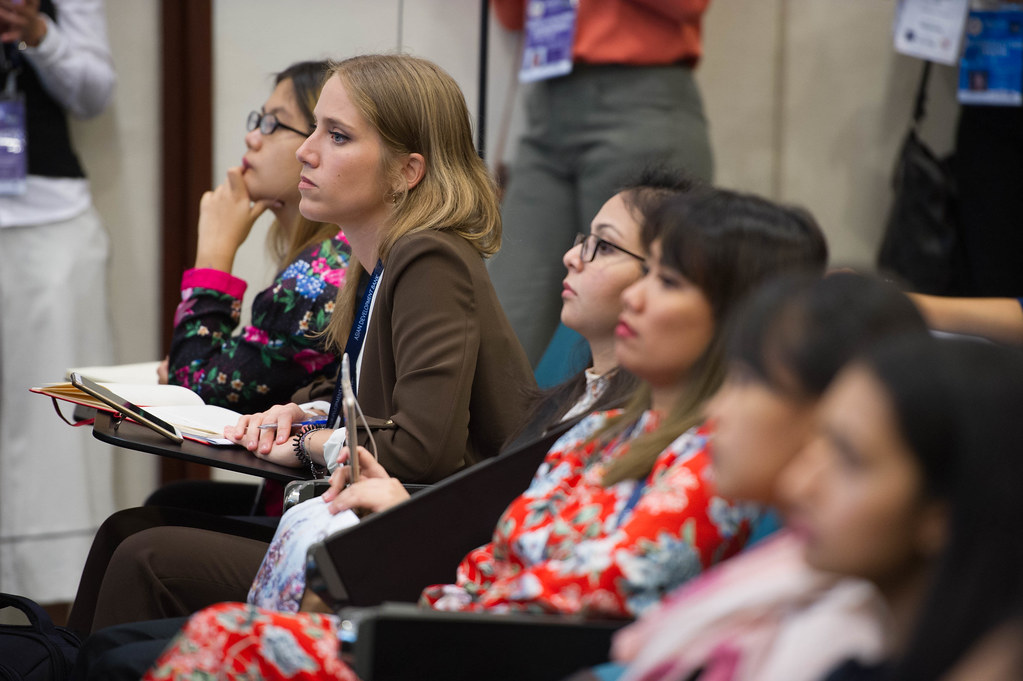 The World Economic Forum’s 2017 Global Gender Gap Report announced that women are falling behind after a decade of progress, stating that 217 years are needed to close gender gaps in economic and political spheres. Supporting women’s entrepreneurship is key to strengthening women’s economic empowerment as programs led by multilateral, regional, and bilateral public entities and the private sector demonstrate. Through this seminar, policymakers, entrepreneurs, researchers, and development practitioners discussed how the public and private sectors can help overcome multiple barriers and accelerate support for women startups and entrepreneurs.

The seminar identified challenges and successes experienced by women in entrepreneurship in the region. Among the key challenges are lack of access to finance and markets, as well as limited education and training in starting, managing, and growing a business. Legal and regulatory barriers across the region; lack of an enabling environment, including networks; and unpaid care work impede women’s ability to start a business. Social and cultural norms and practices constraining women’s mobility and interactions adversely affect women’s opportunities for entrepreneurship. Despite these difficulties, women-led micro, small, and medium-sized enterprises (MSMEs) are growing, and some successfully thriving, including those in the technology sector (e-commerce, online marketing), and other emerging innovative areas.

The seminar highlighted initiatives such as enacting laws and strategies on financial inclusion, and setting numerical targets for women leaders, women entrepreneurs and women-led MSMEs. Comprehensive support is needed for women startups and entrepreneurs, including access to finance, financial literacy, business skills, networking, and mentoring. The panelists also cited that support from peers, partners, and family members are critical in changing deeply entrenched social norms and helping women engage and succeed in business.

Mr. Buckley has held various posts at the ILO related to poverty reduction, enterprise development, research, programming and management. Prior to joining the ILO, he worked for the UK Government, with assignments in the People's Republic of China and in Barbados as country economist, and in the UK as enterprise development advisor. He has also worked on long-term assignments in Swaziland with the Ministry of Finance and in El Salvador with an NGO. Mr. Buckley holds a PhD in development economics, a master’s degree in business administration, and a first degree in economics. He has authored several publications related to enterprise development, poverty reduction, microfinance, social dialogue, and development economics.

Ms. Hadiwidjana is an entrepreneur and technologist with strong academic background (valedictorian, International Science Olympiad medalist) and vast work experience (Microsoft, Google Summer of Code, and the Indonesia President's Office). She attended Singularity University and co-founded the medical technology company, AugMi Labs, which has filed several US patents and won the MIT 100k Entrepreneurship Competition. She is the founder and CEO of Prelo, Indonesia's retail-sharing economy platform that enables communities to manage space better and convert them into cash.

Ms. Maglaya started her career at the Philippine Department of Trade and Industry (DTI) as a program scholar assisting micro, small, and medium enterprises (MSMEs) in preparing project feasibility studies. She rose through the ranks, becoming director of the Bureau of Domestic Trade Promotion, implementing marketing programs for MSMEs; then Regional Operations Group (ROG) assistant secretary, supervising the implementation of the One Town, One Product Project; then undersecretary for Consumer Welfare and Business Regulation, where she spearheaded DTI Direct, a quick response mechanism for Philippine entrepreneurs and consumers, and the DTI Bagwis Awards for establishments that uphold fair business practices and champion consumers’ rights. She was appointed ROG undersecretary in 2013, supervising 17 regional offices and key programs for MSMEs nationwide.

Ms. Yumiko Noda is president of Veolia Japan, with over 4,000 employees, which provides an array of solutions related to water, energy, and waste recovery. She was previously a partner of PwC Japan, leading infrastructure and public-private partnerships (PPP) practice. She is recognized as one of the pioneers of private finance initiatives and PPPs in Japan, introducing the concept in the country. Between 2007 and 2009 she served as the deputy mayor of Yokohama City. She holds an MBA from Harvard University and a BA from Tokyo University. In 2004, she won a Nikkei Woman Award in the leadership category.

Ms. Rahman is the chairperson of Mediaworld Ltd. (“The Daily Star”) and MIDAS Financing Ltd. She is also director of Mediastar Ltd. (“Prothom Alo”). She is vice-president of the International Chamber of Commerce Bangladesh, a trustee board member of Transparency International Bangladesh, and previously served as board member of the Central Bank of Bangladesh and president of the Metropolitan Chamber of Commerce and Industries. She founded the Bangladesh Federation of Women Entrepreneurs and the Women Entrepreneurs Association. She serves on the Board of BRAC, an international development organization based in Bangladesh and world's largest NGO.

Ms. Sharanjit Leyl is a Singaporean presenter on BBC World News. She regularly anchors Asia Business Report and Newsday from the BBC's Singapore studio. She is also a reporter and producer on these shows, along with World Business Report. Her noteworthy interviews include heads of state from Thailand, Pakistan, Philippines, New Zealand, and East Timor, former prime ministers of Australia, Malaysia, and Singapore, presidents of the World Bank and the IMF, and chief executives and chairpersons from various Fortune 500 companies.