Achieving the 2030 Agenda through Strengthened Partnerships for Development 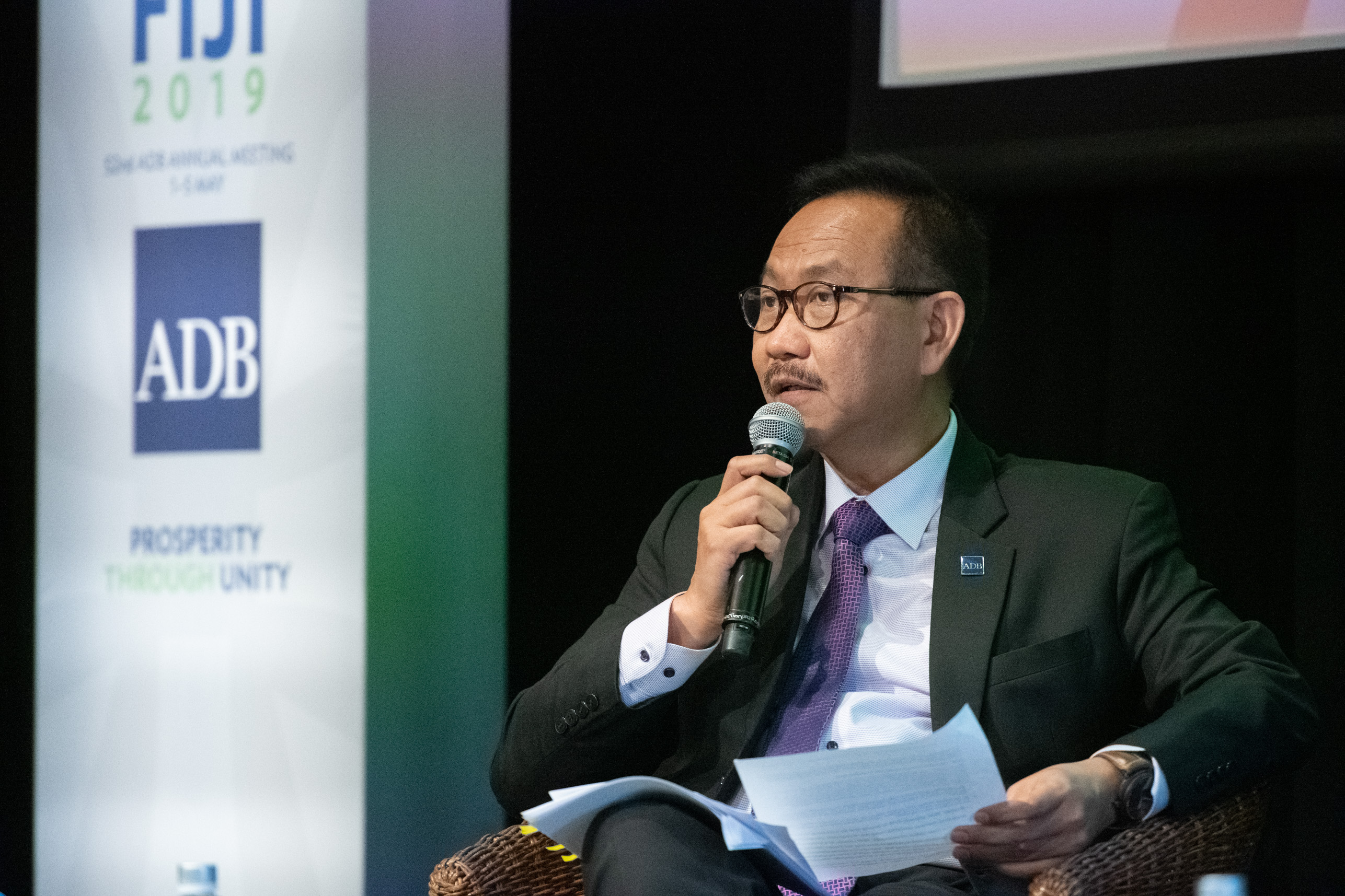 Bambang Susantono provides strategic leadership to ADB’s knowledge and research agenda. Prior to this, Mr. Susantono was the acting minister and vice-minister of transportation of Indonesia, and deputy minister for infrastructure and regional development in Indonesia's Office of Coordinating Ministry for Economic Affairs. He holds a PhD in infrastructure planning, master’s degrees in transportation engineering, and city and regional planning from the University of California in Berkeley, and a bachelor’s degree in civil engineering from the Bandung Institute of Technology.

Mereseini Vuniwaqa is the minister for women, children, and poverty alleviation of Fiji. She was elected into parliament in 2014 and was the minister for lands and mineral resources until 2016. Prior to her political career, she was a civil servant and lawyer, serving as a state solicitor for Fiji’s Office of the Attorney General, chair of the Telecommunications Authority of Fiji, and permanent secretary for justice, and acting supervisor of elections.

Mr. Xu joined UNDP in 1995 and has worked in Asia and the Pacific, Eastern Europe, and Commonwealth of Independent States. He previously worked as an assistant lecturer at Tongji University in the People's Republic of China and as a design engineer with Louis Berger International. Mr. Xu is a national of the People’s Republic of China. He holds a BA in engineering from Tongji University, a master's in management science from Stevens Institute of Technology, and a master's in international affairs from Columbia University.

Meg Taylor is first woman to be appointed secretary general of the Pacific Islands Forum. She has extensive experience in global diplomacy and finance, having served on the board of the Bank of Papua New Guinea, and as a vice president and Compliance Advisor Ombudsman of the World Bank Group. She is also currently the Pacific Ocean commissioner. She is a national of Papua New Guinea, and a dame commander of the Order of the British Empire.

The joint ADB-UN Development Programme (UNDP) seminar reflected the diverse efforts of government, private sector, and civil society stakeholders across Asia and the Pacific to implement the Sustainable Development Goals (SDGs) since they were adopted in September 2015. While there has been substantial innovation to develop new solutions, reforms, and partnerships for the SDGs over the last three years, there is a general recognition that more needs to be done. Moderator Meg Taylor began the session by emphasizing the leadership and ownership of Pacific leaders through the Pacific Roadmap for Sustainable Development on the 2030 Agenda and the need for an integrated approach to planning, implementation, and reporting on the Pacific’s multiple commitments to the 2030 Agenda, the SAMOA Pathway, Paris Agreement, and other frameworks. Ms. Taylor also stressed the need to focus more on the role of partnerships for the SDGs.

Mereseini Vuniwaqa reflected on Fiji’s key achievements and challenges with regard to the theme of the High-level Political Forum on Inclusivity and Equality as well as on the kind of partnership most critical for Pacific Island States, such as Fiji, to enable delivery of the SDGs. Bambang Susantono explained how ADB’s operations were shifting to support the SDGs, including through its Strategy 2030, which commits ADB to helping its developing member countries meet the SDGs and other global commitments through seven operational priorities, which include eradicating poverty, reducing inequalities, promoting gender equality, and climate action. However, he argued that a number of issues must still be addressed, including longstanding challenges of coordination and working across sectors as well as the collection of more and better data, in order to successfully achieve the SDGs. Haoliang Xu reflected on some of the challenges and opportunities that UNDP faced as the “integrator” of SDGs at country level, helping countries pursue both integrated approaches to the SDGs and integrating the SDGs into national priorities. Mr. Xu also stressed the importance of public-private collaboration at the country level for SDG achievement, particularly in the area of financing. Lastly, Bambang Brodjonegoro discussed Indonesia’s experience with steering finance, including through public-private partnership financing strategies, and the role of development partners in helping the country advance and realize its ambitions on the SDGs.