30 Under 30: The Faces of Fiji’s Future | Asian Development Bank 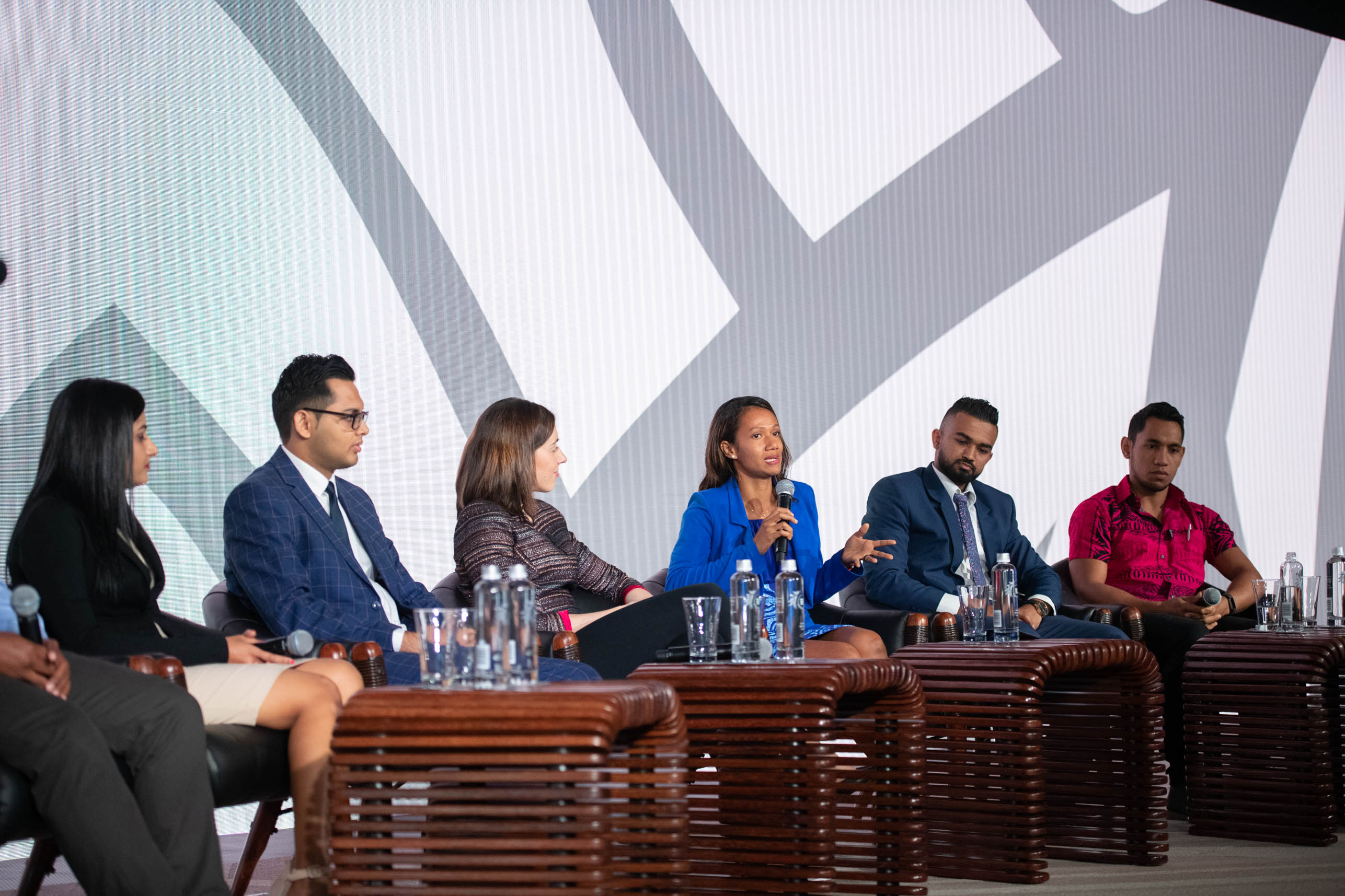 Aiyaz Sayed-KhaiyumGovernor for Fiji, ADB; and Attorney-General and Minister for Economy, Civil Service, and Communications, Fiji

Aiyaz Sayed-Khaiyum is the Fijian attorney-general and minister for economy. He has spearheaded a broad program of economic reform to modernize the Fijian economy, which has decreased the tax burden faced by ordinary people, plugged financial leakages, supported a national minimum wage, incentivized development, and spurred job creation. These reforms, coupled with several constitutional and legal reforms, have produced the longest streak of uninterrupted economic growth in Fijian history, funding a massive expansion in access to infrastructure and essential services for the Fijian people.

Holly Ransom is the CEO of Emergent, a company specializing in disruptive strategy and building the capacity of leaders to execute change. Her corporate career has involved working as chief of staff to NAB wealth chief executive and for Rio Tinto CEO Sam Walsh. In 2012, she was the youngest person to be named in Australia’s "100 Most Influential Women," and also became the world’s youngest-ever Rotary president. In 2016, Ms. Ransom was appointed to co-chair the United Nations Coalition of Young Women Entrepreneurs and in 2014, the Australian Prime Minister appointed her to chair the G20 Youth Summit. She is the youngest ever woman appointed to the board of an AFL football club. An accomplished global keynote speaker, presented across 6 continents, including delivering a Peace Charter to the Dalai Lama, she has featured on ABC’s "Q&A," Channel 7 News & Channel 10’s "The Project." In 2016, Ms. Ransom was listed by Sir Richard Branson as one of his dream dinner guests, and in 2017 was a nominee for Wired Magazine’s "Smart List" of future game changers to watch. In 2018, she was personally requested by Barack Obama to moderate an hour-long conversation during his only engagement in Australia.

At the 52nd ADB Annual Meeting’s host country event, Fiji unveiled the inaugural class of honorees chosen in a nationwide campaign aimed at recognizing extraordinary youth achievement. “30 Under 30: The Faces of Fiji’s Future,” run as a partnership between the Fijian government and Fiji-based MaiLife magazine, put a spotlight on the immense human capital of Fiji’s young people, who have marked impressive achievements across a wide range of fields and industries.

“We have talented entrepreneurs, hi-tech innovators, teachers and changemakers, environmentalists and climate champions, athletes and artists, to name a few in the room today. I commend their commitment to building a more inclusive and sustainable region. Let me congratulate the Fijian government for leading this important “30 Under 30” initiative,” said President Nakao.

Fiji’s Attorney-General and Chair of the ADB Board of Governors, Aiyaz Sayed-Khaiyum, echoed the President’s sentiments in his keynote remarks.

“Among today’s honorees, you’ll see that the winners are having real, on-the-ground impact in their communities. A special education teacher from our more sparsely-populated Northern Division stands shoulder-to-shoulder with a businessman from Suva overseeing millions of dollars in manufacturing operations,” said Mr. Sayed-Khaiyum. “A rising surgeon stands alongside a twelve-year-old climate activist. A medal-winning-boxer is joined by a software-engineer-turned-hydroponics farmer. These young leaders are truly role models who are at the forefront of a revolution in their communities, the region, and the world.”

Following the speeches by the ADB President and Fijian Attorney-General, the audience heard from six of the “30 Under 30” winners in a sweeping, 90-minute panel-style discussion and interactive question-and-answer session moderated by Holly Ransom, a world-renowned businesswoman and public speaker.

“Thanks to Fijian Attorney-General Aiyaz Sayed-Khaiyum and the Fijian government for inviting me to host the opening session of the ADB meeting in Nadi,” said Ms. Ransom after the event. “We talked about education, entrepreneurship, culture, access to finance, gender equality and more, and I was so inspired by the passion and ideas of Fiji's emerging leaders. With 70% of their population under 40, I thought it was fantastic that the Fijian government chose to diversify the ADB conversation and perspectives by convening this session. Well done to all involved!”