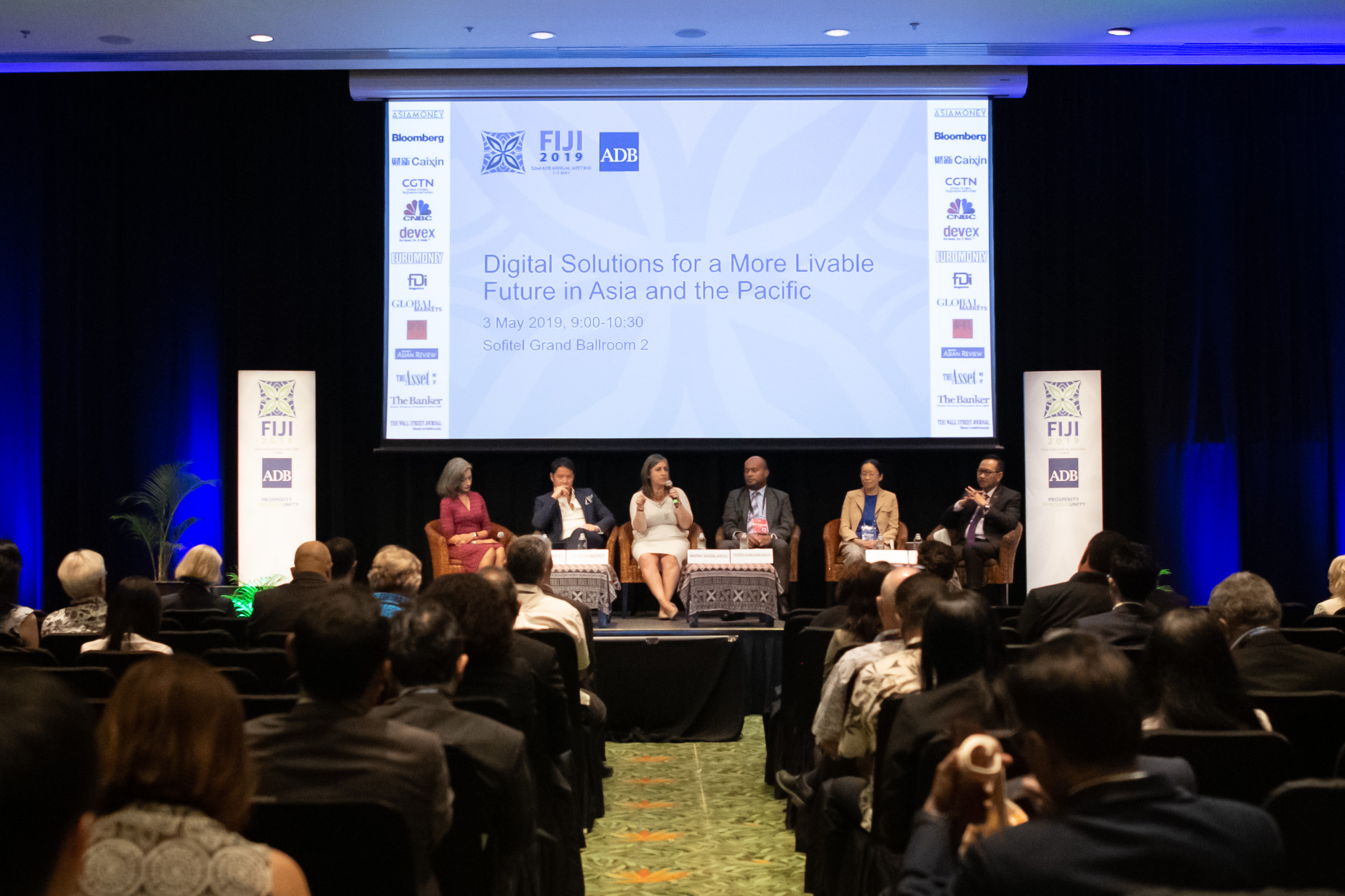 Mr. Tevita Kuruvakadua assumed the position of TLTB CEO in 2015, being responsible for strategic risk and overall business operations of all TLTB operations in Fiji. Ninety percent of land in Fiji is owned by the indigenous Fijians and TLTB acts on behalf of the landowners over all leasing and development dealings. ADB is working with TLTB within an ongoing technical assistance in Fiji: Promoting Smart Systems in ADB Future Cities program.

Jason Pomeroy is a renowned architect, academic, and TV personality. He is the founding principal of Pomeroy Studio, a Singapore-based design and research firm, and PomeroyAcademy, a sustainable education provider. He gained his undergraduate and post-graduate degrees from the Canterbury School of Architecture, a master's degree from the University of Cambridge, and a PhD from the University of Westminster. Mr. Pomeroy is also the host of the television series Smart Cities 2.0, City Time Traveller, and City Redesign.

Yan Song is a full professor in the Department of City and Regional Planning at the University of North Carolina at Chapel Hill. Her research interests include digital cities, low-carbon and green cities, and spatial analysis of urban spatial structure and urban form. She directs the Program on Chinese Cities, which conducts research and training aimed at better understanding the impacts of rapid urban growth on built and natural environments in the People's Republic of China, exploring ways to make this process more equitable, transparent, and socially and ecologically sustainable.

Bambang Susantono provides strategic leadership to ADB’s knowledge and research agenda. Prior to this, Mr. Susantono was the acting minister and vice-minister of transportation of Indonesia, and deputy minister for infrastructure and regional development in Indonesia's Office of Coordinating Ministry for Economic Affairs. He holds a PhD in infrastructure planning, master’s degrees in transportation engineering, and city and regional planning from the University of California in Berkeley, and a bachelor’s degree in civil engineering from the Bandung Institute of Technology.

Maria Vassilakou started her political career as secretary general of the Austrian Students’ Union. In November 1996, she became member of the Vienna Provincial Parliament and in 2004 head of the Parliamentary Group of the Green Party. Since November 2010, Ms. Vassilakou has been deputy mayor of Vienna and executive city councillor for urban planning, traffic and transport, climate protection, energy, and public participation. She was born in Greece and sees Vienna as an open, modern, and diverse city.

Sharanjit Leyl is an experienced broadcaster who has spent two decades presenting on international news channels. She anchors Newsday and Asia Business Report from the BBC's Singapore studio, and also anchors BBC programs from London. Noteworthy interviews include the Prime Ministers of Thailand, Pakistan, New Zealand, Australia, Malaysia, and Singapore, and Presidents of the Philippines, the World Bank, and the IMF. At the Asian TV Awards in 2017, she was highly commended as best anchor.

Cities are home to more than half of the world’s population and are expected to add another 2.5 billion new residents by 2050. They face increasing environmental pressures and infrastructure needs—as well as growing demands from residents to deliver a better quality of life at a sustainable cost. The seminar brought together eminent panelists who discussed digital solutions that help cities optimize urban planning, infrastructure development and management of urban services.

The panelists discussed how cities in ADB’s developing member countries (DMCs) can leapfrog to the latest technologies. The use of data, supported by low-cost sensors and high-speed computers, can help cities take more evidence-based and rational decisions for enhancing efficiencies and effectiveness and improving urban services. Examples include:

While discussing the impacts of new technologies like robotics and AI on jobs, the panel agreed that the job market would witness a few traditional sectors losing jobs and a few new sectors creating different types of jobs requiring reskilling and capacity building.

The panel suggested that local-specific digital solutions need to be coupled with appropriate policies and governance systems in an inclusive and participatory manner for a more livable future. Digital solutions can help "planning by the people, for the people and with the people." Cities in DMCs could learn from developed cities like Vienna, which took smart decisions very early in their development trajectory ranging from focus on public transport and affordable housing to keeping large areas as green spaces that make Vienna one of the most livable cities in the world.

The panelists also discussed ADB’s approach under Strategy 2030 that combines physical and digital infrastructure with investments in human capital for increased productivity and prosperity.