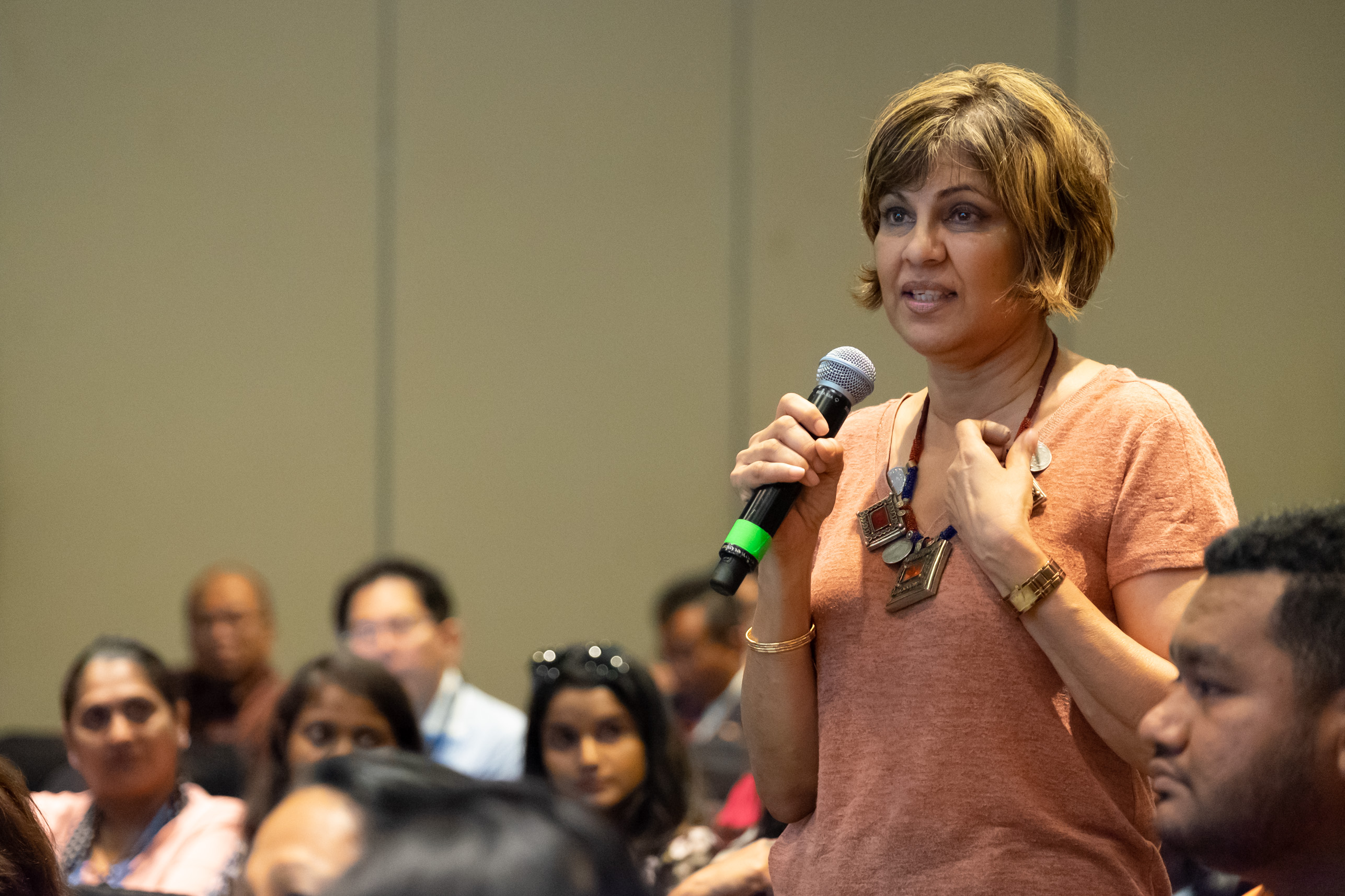 Having served on various corporate and statutory boards for a number of years, and as one of Fiji's most prominent business people, Nur Bano Ali plays a leading role as a representative of private sector interests through her various roles: as president of the Fiji Chamber of Commerce and Industry, and as a council member of the Fiji Australia Business Council. Ms. Ali is also an advocate for women and their involvement in commerce, as highlighted by her role as president of Women in Business Fiji, of which she is also a founding member.

Cristelle Pratt is deputy secretary general of the Pacific Islands Forum Secretariat, with vast expertise in ocean governance, and climate and disaster risk resilience. Ms. Pratt has worked for the Government of Fiji and in various regional roles, with the most senior being that of director general/CEO of the Pacific Islands Applied Geoscience Commission from 2004 to 2010. Ms. Pratt holds tertiary qualifications in marine law and policy from Dalhousie University, Canada and in geoscience from the Australian University, Australia.

Yasuyuki Sawada is chief economist of ADB and director general of its Economic Research and Regional Cooperation Department. He is chief spokesperson on economic and development trends, and leads the production of ADB’s flagship knowledge products and support for regional cooperation fora. Before joining ADB, Mr. Sawada was professor of economics at the University of Tokyo, and has led numerous large-scale development policy evaluation projects for various institutions. His key research areas are development economics, microeconometrics, economics of disasters, and field surveys and experiments. Mr. Sawada obtained his PhD in economics from Stanford University.

This seminar brought together a panel that comprised perspectives from international organizations, government, and the private sector to discuss how international trade can better promote inclusive growth and gender equality by generating decent employment and entrepreneurship opportunities for women. While international trade has been instrumental to rapid economic growth and poverty reduction in Asia and the Pacific, the benefits of trade are not always shared equitably among all segments of the economy, with women often left behind. Trade can positively impact women through better economic opportunities, socioeconomic empowerment, technological upgrading, and improvement in labor conditions. However, trade can also reinforce common forms of workplace gender discrimination and inequalities. This puts the spotlight on how policy design should be specifically tailored to allow women as well as men to benefit from trade and share the gains.

In this context, the panel discussion shed light on challenges and opportunities for women’s participation in international trade in Asia and the Pacific in general, and the Pacific in particular. ADB Chief Economist Yasuyuki Sawada shared findings from a new ADB report, Leveraging Trade for Women’s Economic Empowerment in the Pacific, providing an overview of the region’s progress toward women’s empowerment, and the remaining challenges. He also emphasized the need to better mainstream gender into aid for economic infrastructure and improve gender targets in trade policies.