43207-012: Mitigation of Climate Change through Increased Energy Efficiency and the Use of Clean Energy | Asian Development Bank

Philippines: Mitigation of Climate Change through Increased Energy Efficiency and the Use of Clean Energy

This will cover activities under the broad umbrella of energy efficiency and clean energy, where large investment are needed to support government's plan.

The project's concept paper was approved last year and ADB recruit a range of individual consultants to prepare the proposed components.

The proposed components for study are:

(i) energy efficiency: distribution (as hire purchase) of energy efficienct appliances (TV, air-conditioners, fridges and fans). These component may also finance scaling up the public-lighting and efficienct buildings components of the Philippine Energy Efficient project. However, in September 2012, after extensive consultations with the civil society, the Efficient Appliances Project was dropped and a solar rooftop project, with a revised scope, was agreed and included in the updated Country Investment Plan for the Philippines. 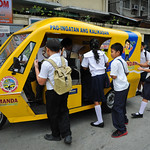 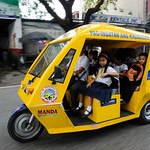 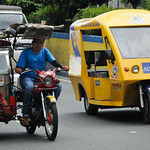 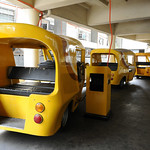 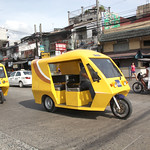 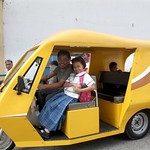 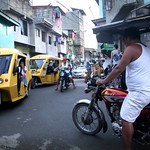 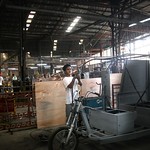 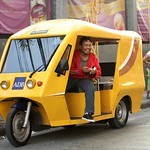 Project Data Sheets (PDS) contain summary information on the project or program. Because the PDS is a work in progress, some information may not be included in its initial version but will be added as it becomes available. Information about proposed projects is tentative and indicative.

The Access to Information Policy (AIP) recognizes that transparency and accountability are essential to development effectiveness. It establishes the disclosure requirements for documents and information ADB produces or requires to be produced.

The Accountability Mechanism provides a forum where people adversely affected by ADB-assisted projects can voice and seek solutions to their problems and report alleged noncompliance of ADB's operational policies and procedures.

In preparing any country program or strategy, financing any project, or by making any designation of, or reference to, a particular territory or geographic area in this document, the Asian Development Bank does not intend to make any judgments as to the legal or other status of any territory or area.

The Access to Information Policy (AIP) establishes the disclosure requirements for documents and information ADB produces or requires to be produced in its operations to facilitate stakeholder participation in ADB's decision-making. For more information, refer to the Safeguard Policy Statement, Operations Manual F1, and Operations Manual L3.

Requests for information may also be directed to the InfoUnit.

There are approximately 3.5 million conventional combustion engine tricycles and motorcycles operating in the Philippines, contributing millions of tons of carbon dioxide emissions to the environment every year. These vehicles have a dramatic impact on air quality, affecting many aspects of life in the Philippines, from national health to increased exposure to climate change risks.

ADB, in partnership with the Philippine government and the Department of Energy, hopes to transform the public transportation sector by widely adopting electric vehicles, specifically tricycles (e-trikes) throughout the Philippines. Using innovative technology and competitive financing, this project will achieve widespread adoption of electric tricycles and the development of a sustainable local e-trike manufacturing industry.

As the Philippine economy continues to grow, and energy demand increases accordingly, two scenarios are likely:

Given these scenarios, electric vehicles pose a valuable solution for the nation's energy security and for millions of consumers who depend on imported energy.

ADB is working with the Government of the Philippines to promote the adoption of e-trikes first in Metro Manila and, soon, throughout the country. Ultimately, ADB and the government hope to see 100,000 electric tricycles on the road by 2016.

Electric vehicles are highly efficient, using up to 75% of their energy to power the vehicle versus only 20% used in most internal combustion engines. The e-trike produces no noise and zero tailpipe emissions and can be charged at night during off-peak electricity hours.

ADB will work with local government units (LGUs) and the private sector to establish financing mechanisms whereby tricycle drivers will have the opportunity to lease or lease-to-own the e-trikes by paying less than 200 pesos a day. This will allow the driver a higher take-home income. For example, a conventional tricycle needs between 5 and 7 liters of gasoline to travel approximately 100 kilometers (km), costing 250 to 350 pesos. To travel the same 100 km, an e-trike will use between 3 kilowatt hours (kWh) and 5 kWh of electricity, costing only 30 to 50 pesos. The 200 peso difference in fuel savings will help the driver pay for the cost of the e-trike.

This project will take advantage of cutting-edge technology that is readily available, but that faces institutional market challenges. The success of electric vehicles has been heavily dependent on the evolution of battery technology. In recent years, heavy lead acid batteries have given way to lithium ion battery technology, which allows for 2000 to 3000 cycle charges as well as a lighter load with stronger acceleration capability.

Lithium ion batteries are expected to become the most popular technology in plug-in-hybrid and all-electric-hybrid vehicles and are projected to dominate the electric vehicle battery market by 2017. Today's lithium ion batteries are produced almost exclusively in Asia, representing a significant opportunity for the Philippines.

LGUs will also have considerable influence over the design of e-trikes in their areas. E-trike bodies can range in size and design, and tests are being conducted on submersible motors for areas that are more prone to flooding.

Some municipalities may also choose to erect solar charging stations for the e-trikes, compounding their benefits. By charging the units with solar power, the e-trike becomes a zero emissions mode of transportation, thereby promoting renewable energy, mitigating the harmful effects of climate change, and driving change in the country and throughout the region.

* Disclaimer: The Asian Development Bank (ADB) is providing this list of battery suppliers not as an endorsement but to facilitate industry development. These suppliers have formally expressed interest to work on the project in response to ADB's earlier request for information.

The Center for Clean and Renewable Energy Development (C-CRED) convened a meeting with its partners to discuss developments in the renewable energy (RE) sector and to identify constructive efforts by which it can, together with government and the Asian Development Bank, collaborate to develop and harness RE to benefit the marginalized sectors of society.

Read the   highlights of this event.

The Department of Energy (DOE) and the ADB hosted a series of consultations with civil society organizations and other stakeholders to review the Philippines CTF Investment Plan update and the proposed electric tricycles (e-trike) project.

The consultations covered the following topics:

Objectives were, among others, to understand the current state of renewable energy in the Philippines and justify why electric tricycles were selected by the DOE to receive CTF funding.

May 21
Switch from RE to Sustainable Transport

This was the first in a series of civil society consultations evaluating the reallocation of CTF funds from the renewable energy sector to the sustainable transport sector, namely the e-Trike project.

This topic was addressed on the second day of consultations. The objective was to clarify and discuss the need for electrification of tricycles as part of the DOE-ADB initiative using resources from the Clean Technology Fund.

May 23
Project Design and AFV Financing

On the final day of the 3-day consultations, the objectives were twofold: to understand and contribute to specific aspects of the e-trike project design, and to understand the proposed e-trike financing scheme.

No tenders for this project were found.

No contracts awarded for this project were found