ADB focuses on projects that help promote private investments in the region that will have significant development impact and will lead to accelerated, sustainable, and inclusive growth.

Partnerships with the private sector are crucial to achieving a prosperous, inclusive, resilient, and sustainable Asia and the Pacific region by 2030.

Cofinancing amplifies the impact of ADB’s private sector operations by attracting financing from other parties, facilitating investment, trade, and capital flows into developing member countries (DMCs). Both private and public institutions provide commercial cofinancing to ADB’s nonsovereign projects – funds are usually sourced from financial markets and priced at commercial terms. Such arrangements are particularly effective for projects and programs that would be considered risky without ADB involvement.

1 This amount excludes amounts mobilized after an Office of Public–Private Partnership advisory mandate.

Benefits of Cofinancing for Stakeholders 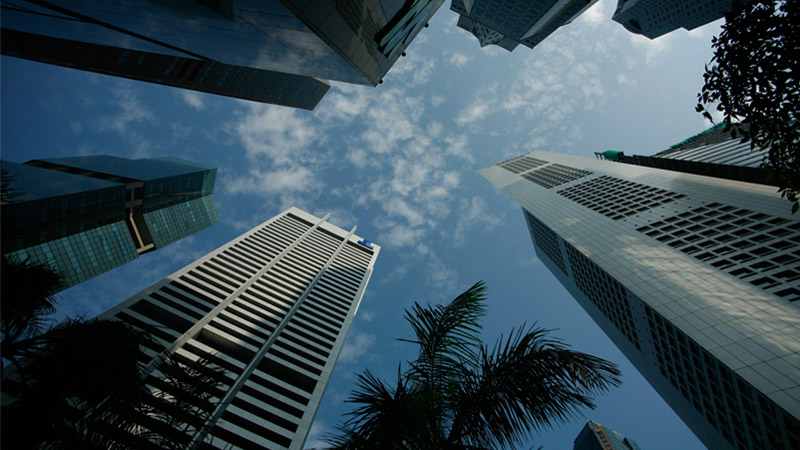 ADB plays an active role in identifying and arranging commercial and official cofinancing for its clients, including:

ADB’s cofinancing products are, in general, used to support projects or sectors in which ADB has a direct participation. Any ADB financing instrument can be used to fulfill this requirement, including project loans, program loans, multi-tranche facilities, sector loans, sector development programs, equity investments (for private sector projects), project grants, and technical assistance grants. For ADB’s B Loan, a direct ADB loan is required in the project to fulfill ADB’s direct participation requirement.

ADB’s cofinancing activities for nonsovereign borrowers can be categorized as short- or long-term.

B Loan and Complementary Financing Scheme

A dollar-denominated loan product used in markets when lenders are not ready to lend on a fully uncovered basis.

Under ADB’s B loan program, ADB acts as lender of record, while commercial lenders provide funding and take full exposure on the borrower. A B loan enables ADB to introduce new sources of financing to its clients, thereby mobilizing more funds for development projects.

Participants in B-loan syndications are typically international and regional commercial banks lending cross-border in US dollars but may also include institutional investors and impact funds. ADB can assist borrowers in putting together lending groups, in exchange for a mobilization fee. In 2021, ADB closed $384 million of B loans.

Loans (or bonds) simultaneously provided by other lenders and investors on commercial terms for the same ADB-financed project.

IIn this arrangement, ADB often acts as the anchor lender to attract other lenders. ADB prioritizes cofinancing with commercial funding providers, such as commercial banks, but it also extensively cofinances with international public financial institution peers for transactions where commercial cofinancing is insufficient. In 2021, ADB generated parallel loans of $386 million.

ADB extends guarantees for eligible projects which enable financing partners to transfer certain risks to ADB that they cannot easily absorb or manage on their own.

ADB extends both Partial Credit Guarantees (PCGs) and Partial Risk Guarantees (PRGs) and can offer these products from its private sector and public sector windows. ADB’s PCGs provide lenders and investors with comprehensive credit cover on the portion of the loan or bond guaranteed by ADB. PRGs cover lenders against nonpayment by the borrower caused by political risk events only. From 2015 to 2021, ADB issued $1,656 million in PCGs and PRGs. In 2019, ADB closed two PRGs in support of ADB B-loan participants funding independent power projects in Indonesia and Myanmar.

Parallel equity consists of equity that is simultaneously provided by other investors to the same project or fund that ADB is investing in.

In this arrangement, ADB often acts as the anchor investor to attract other investors. ADB also participates in several initial public offerings (IPOs) as anchor and/or cornerstone investor for equity investments. This facilitates the book-building exercise and crowding in other direct equity investors. It similarly generates opportunities for fund managers and other limited partners to co-invest with ADB in target geographies and sectors. In 2021, ADB generated parallel equity investments of $675 million.

Contracts between ADB and third parties such as insurance companies and banks, where ADB’s counterparty agrees to assume a portion of the credit risk in a loan or guarantee provided by ADB in exchange for payment of a premium.

Risk transfers allow ADB to lend or guarantee amounts that are beyond ADB’s prudential limits or risk appetite, without the need for the borrower to interact with additional lenders or guarantors.

ADB was one of the pioneers of the unfunded risk transfer product among MDBs to cover its private sector loans. Insurance companies provide a flexible and important distribution channel of private sector exposure, often at attractive terms, or where commercial banks lack credit appetite or local currency capabilities. However, ADB will generally prioritize funded distribution options to banks and investors–where markets are available–over unfunded risk transfers because of counterparty and documentation risks that are inherent to risk transfers.

In 2021, ADB transferred $252 million of its credit exposure on loans and guarantees to independent counterparties. This translated into $198 million cofinancing (adjusted for counterparty risk on ADB’s counter parties, and effective cover of the risk transfer contracts).

Aside from financing on market-based terms, ADB also offers concessional finance to its nonsovereign borrowers.

Concessional finance refers to finance deployed on terms that are more favorable than those provided to market-based financing transactions. It may involve lower pricing, longer grace periods and/or tenors, subordination, sculpted repayment profiles, reduced security and/or collateral, and/or capped or collared returns. When combined with market-based financing, concessional financing is deployed as a “blended finance” product. By improving the commercial financiers’ risk and/or return profiles, blended finance transactions help crowd in private capital, de-risk investments, and bring projects to market that would not otherwise proceed in the absence of concessional financing.

The TFP fills market gaps for trade finance by providing guarantees and loans to banks to support trade, working with over 200 banks to provide companies with the financial support they need to engage in import and export activities with Asia. A substantial portion of TFP’s portfolio supports small- and medium-sized enterprises (SMEs), and many transactions occur either intra-regionally or between ADB’s DMCs. The program supports a wide range of transactions, from commodities and capital goods to medical supplies and consumer goods.

The SCFP works with corporate and partner financial institutions to enhance access of SMEs to working capital. It provides supply chain finance by leveraging the strength of a larger corporate entity and incorporating the history of performance and interdependence of relationships with SMEs in a supply chain. Like the TFP, it relies on funding support to accomplish its goals and those of its donors. ADB defines Direct Value Added (DVA) Cofinancing as cofinancing with active coordination and formal agreements among financing partners that bring about defined client benefits, including contractual commitments by ADB (such as for credit enhancement, syndication, or financial administration) to facilitate mobilization, administration or participation in cofinancing. Commercial Cofinancing is implemented from private or public sources on commercial and market-based principles, outside official development assistance (ODA) and without direct sovereign recourse in case of loss. Commercial cofinancing partners include banks, insurers, pension funds, suppliers, or bilateral and export finance institutions. Official Cofinancing is implemented with multilateral agencies, and bilateral agencies under ODA or sovereign recourse.

Aside from reporting its own cofinancing activities, ADB contributes to consolidated reports on mobilization of private resources.

Private Indirect Mobilization (PIM) consists of financing from private entities provided in connection with a specific activity for which an MDB is providing financing, where no MDB is playing an active or direct role that leads to the commitment of the private entity’s finance. PIM includes sponsor financing, if the sponsor qualifies as a private entity.

Total Private Mobilization (also called ‘Private Cofinancing’) is the sum of all PDM and PIM.

Since 2017, the Organization for Economic Co-operation and Development (OECD) has reported on amounts mobilized3 from the private sector. The OECD recognizes the need to mobilize private resources is at the heart of discussions around how to finance the Sustainable Development Goals (SDGs).

3 OECD: Amounts mobilised from the private sector for development