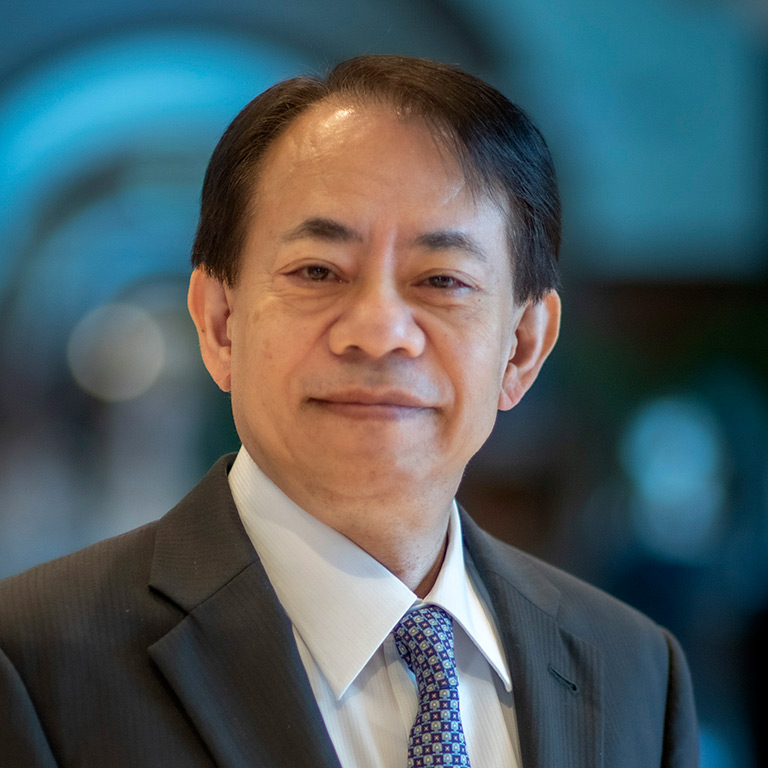 President Masatsugu Asakawa visited ADB-supported slum upgrading and green infrastructure pilot projects in Makassar city, South Sulawesi, Indonesia on 2 March 2020. He interacted with project beneficiaries to learn how the projects have impacted their lives. President Asakawa also met with the Governor of South Sulawesi Nurdin Abdullah, Makassar Mayor Iqbal Suhaeb and other government and representatives from the business community to discuss ongoing and future collaboration in South Sulawesi. Download photos from Flickr

President Masatsugu Asakawa met with Indonesian Ambassador to the Philippines Sinyo Harry Sarundajang on 26 February 2020 at the ADB headquarters. President Asakawa and Mr. Sarundajang discussed the development challenges in the country, Indonesian President Widodo's key priorities, and opportunities for expanding ADB engagement in the context of the proposed country partnership strategy 2020-2024. They also talked about the importance of regional cooperation and integration for Indonesia and within the Brunei-Indonesia-Malaysia-Philippines East ASEAN Growth Area. Download photo from Flickr

President Masatsugu Asakawa met on 24 February 2020 with Philippine President Rodrigo Roa Duterte and pledged full support for the country’s proactive development agenda. This was the first courtesy visit by Mr. Asakawa to the Philippine President. He thanked Mr. Duterte for the Philippine government’s first-ever contribution to the Asian Development Fund, which provides grants to ADB’s lower-income developing member countries in Asia and the Pacific to reduce poverty and improve people’s quality of life. Read news release and download photo from Flickr

In his opening remarks at the second Asian Development Fund (ADF) 13 Replenishment Meeting, President Masatsugu Asakawa reaffirmed ADB's commitment toward ensuring a sustainable future for the poorest and most vulnerable in Asia and the Pacific. Discussions at the meeting on 11-12 February 2020 at the ADB headquarters focused on areas to be given priority support under ADF 13, and the allocation and financing framework. Download photo from Flickr